Luke and I have spoken quite a few times about me making him some clothes. He’s expressed interest in having a handmade wardrobe, and I’ve been excited to do it for him, but it’s taken a long time to come to fruition. I have, in the past whipped him up some pyjama pants and underpants, but they haven’t really been blog-worthy and, quite frankly, were not my best work. But, finally, I have completed the first proper item of clothing for him – the Colette Negroni! 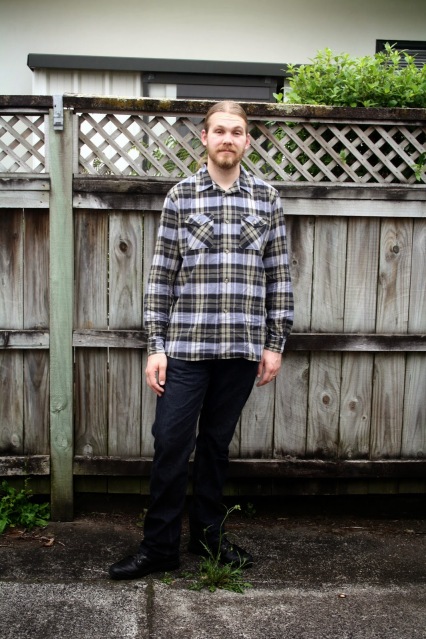 Excuse wrinkles, this was the second day of wearing. Luke picked out the fabric himself, and we got it from an Etsy store called landofoh based in Korea – it’s a lightweight cotton shirting, and it was a dream to work with. It pressed perfectly and felt soft to the touch, and light enough for summer wear. I tried my absolute best to match the plaid, and I’m pretty proud of how well I succeeded. I did want to cut the yoke on the bias, but unfortunately when ordering the fabric I didn’t take into account extra for plaid matching, so that idea was scrapped. In the end, only the pockets were cut on the bias. 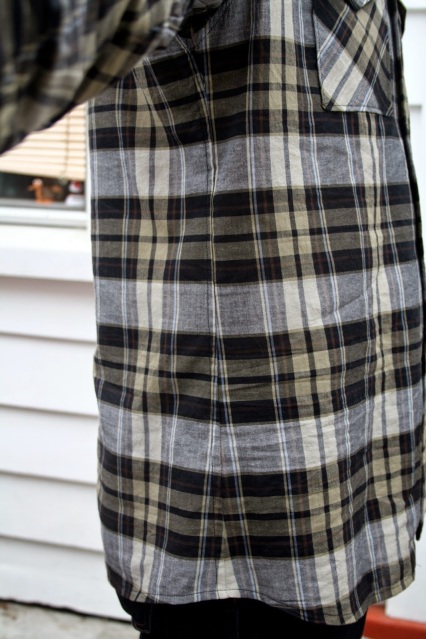 Plaid matching like a boss!
I made a size L, but with the longest length, because Luke is 6’4″. That said, looking at the photos I do think it could stand to be a little shorter. Luke’s not bothered by it, though, and as long as he’s happy, I’m happy. I didn’t make any other adjustments except to shorten the sleeve by 4cm, which I was surprised I had to do. As mentioned, Luke is tall, and often has problems with too-short sleeves, so that was the last place I expected to have to remove length! I think they could do with being a tad shorter, but again, Luke’s happy with them at this length. I didn’t make a muslin (I know, living on the edge) – instead, I measured the yoke and sleeves of an existing shirt of his and when they came up almost the same as the pattern (except for the sleeves), I knew we were good to go. 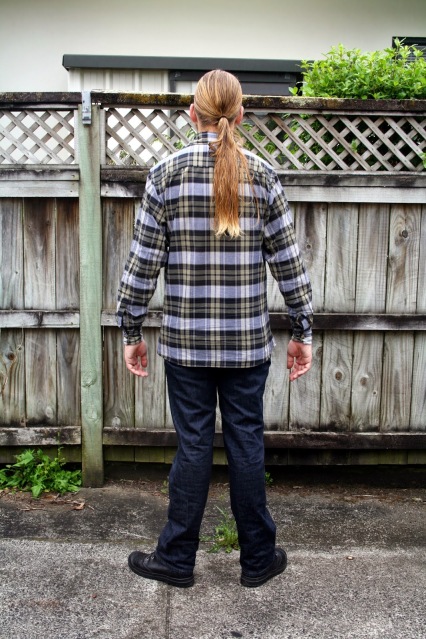 In the absence of a bias-cut yoke, I deliberately offset the plaid instead
Construction wise, this was a slow make. I wanted to take my time with it, because I wanted it to be really, really good. Combined with a heavy workload, this meant I sewed it in small, half-hour blocks in the evening. I actually really enjoyed sewing it this way – I didn’t feel stressed out, I could take my time and follow the instructions and make sure it was done right. And can I just say, the instructions on this pattern are fantastic. Every seam is enclosed! The side and sleeves seams are flat-felled, and the yoke uses the much-spoken-of burrito method, which is almost magical in the way it works out. The only thing I didn’t like was the facings – they’re quite wide, and when hemming, it gets a bit bulky down there at the front where the layers are. Also, they’re not tacked down in any way which just seems a bit weird to me. I mean, the buttons and buttonholes stop them just folding out, but it still feels a bit half-finished, in my opinion. That aside, though, I highly recommend this pattern.

We looked through my stash for buttons and found these perfect brown ones! A while back I bought a big bag of zips and buttons from the Salvation Army for $5, and these were hiding in there. I added an extra button + buttonhole to the front of the shirt, as I felt it ended too soon and would flap open in the breeze without it. As an aside, I nearly threw my sewing machine out the window in a rage when I couldn’t get my one-step buttonhole foot to work. I tried everything, read the manual from cover to cover, but it just kept stitching in place and not, you know, moving forward to create a buttonhole. Turns out, you not only need to pull the little lever down, but you also need to push it back. I felt pretty silly when I finally worked it out, but in my defense, the manual doesn’t mention that! Luckily I practiced on scraps first. 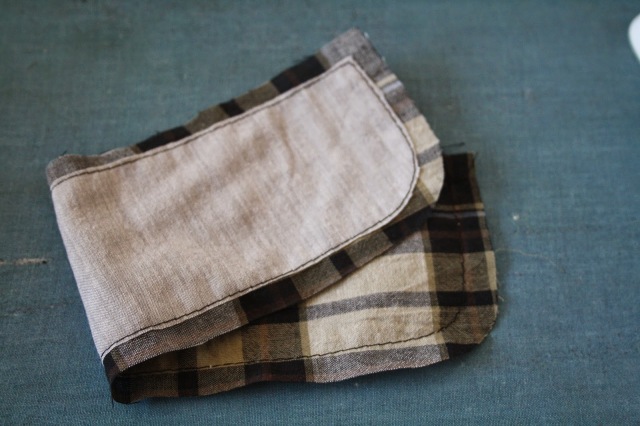 I’ve fallen in love with using fabric as interfacing recently, and as a result I don’t think I can ever go back to fusible. It always bubbles in the wash, and just generally looks like crap. For this shirt, I found some grey lightweight cotton in my stash, and I used this for the interfacing for the collar, cuffs (pictured above) and facings. I also used it for the inner yoke as a contrast, and on the inner cuffs. The cuffs were kind of an accident – I somehow didn’t realise I had to cut FOUR cuff pieces and only cut two, and by the time I realised, there was almost no plaid fabric left (I really had to Tetris that shit to get all the pieces cut out in the first place). So contrast cuffs it was! I sewed the interfacing on with a 3/8″ seam allowance, and then I trimmed the interfacing from the seam allowance as closely to the stitching as I could to reduce bulk. It worked so well, and gives just the right amount of structure to the shirt – I couldn’t be happier with the result! 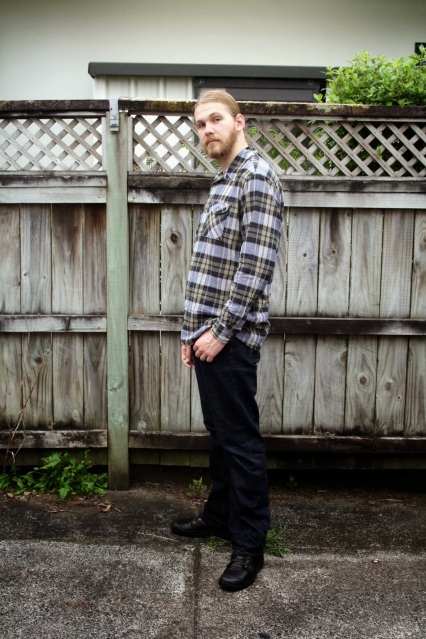 Despite appearances (I wish he’d smiled in these photos!) Luke loves the shirt, and to me, that’s the best part. I get a real kick out of seeing him in it, and I’m really excited to make him more clothes! Next in line is a pair of shorts, out of some blue drill I bought. He’s not very keen on shorts, but as I pointed out, when you live in the southern hemisphere and summer comes around, you want shorts!

9 thoughts on “Sewing for the husband: Colette Negroni”